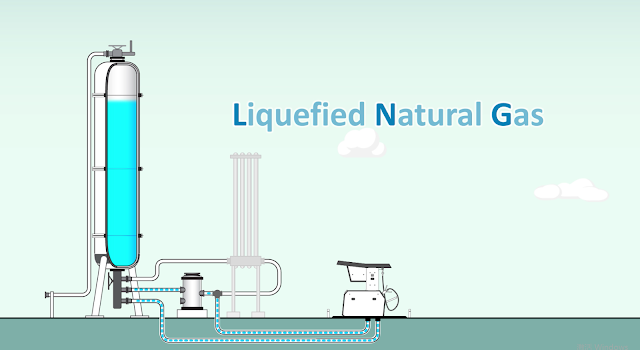 Nowadays, natural gas, which ordinary people usually use for cooking and heating, is also used as vehicle fuel. Compared with diesel, natural gas combustion produces very little pollution and does not produce any smell or smoke. Another advantage is that vehicles that use natural gas as fuel produce three times less noise than those that use diesel, so the vehicle can drive in urban areas without noise pollution. 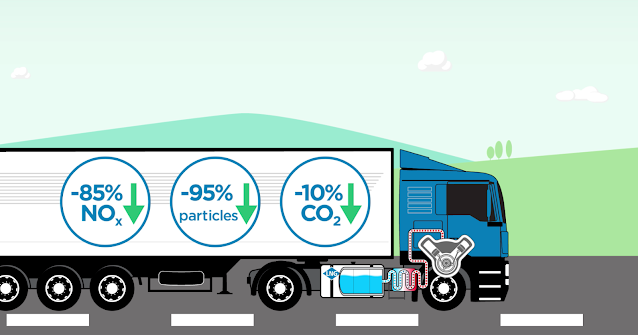 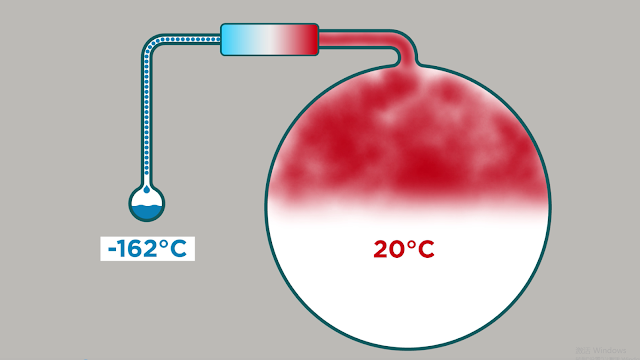 LNG is usually stored in double-layer insulated tanks on the side of trucks. The design features of these tanks can minimize heat transfer and can resist pressure when replenishing at gas stations. 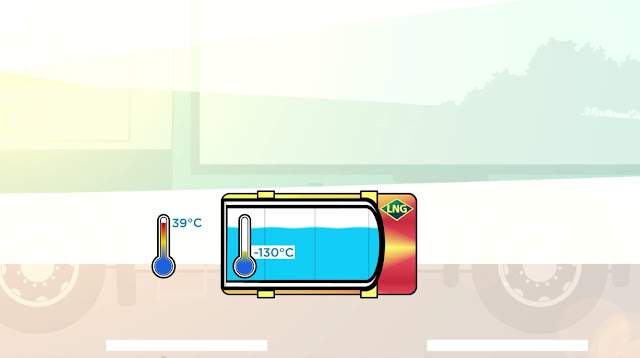 During driving, if the current temperature of LNG is about -160°C and the pressure is lower than 3bar, the current LNG will be too low to be used as fuel to power truck engines. 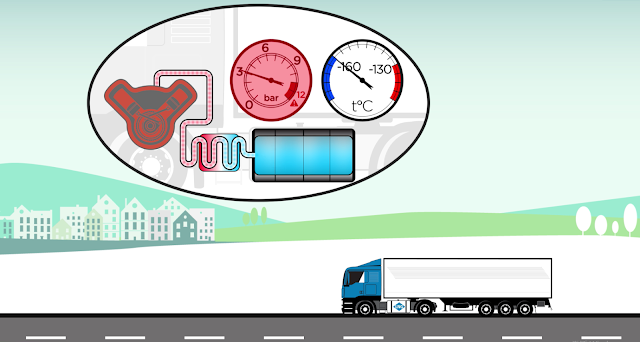 Only by ensuring that LNG operates at saturation, that is, at a pressure of 8 bar and a temperature of -130°C, can it normally provide stable fuel supply to the engine. 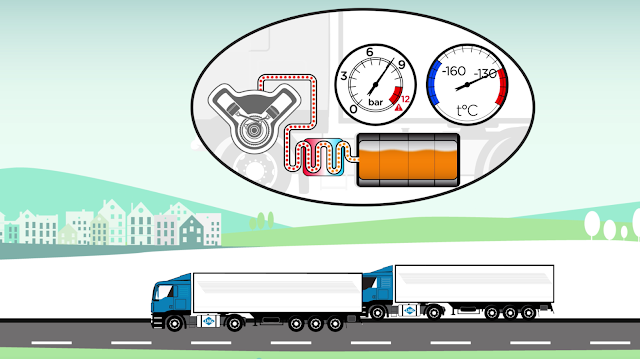 Familiar with the above situation, let's look at the precautions when replenishing vehicles.

When the truck enters the replenishment station, the gas refuelling the station will first use the internal circulation heating pipeline to heat the ultra-low temperature LNG in the storage tank to -130°C. 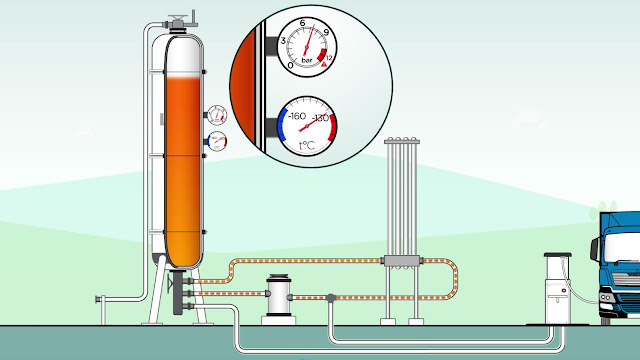 Before refilling the vehicle, it is necessary to pre-cool the pipelines and equipment. The main method is to directly realize the LNG through the pipeline. However, this method will also partially vaporize the LNG itself, and these vapours are called "BOG" 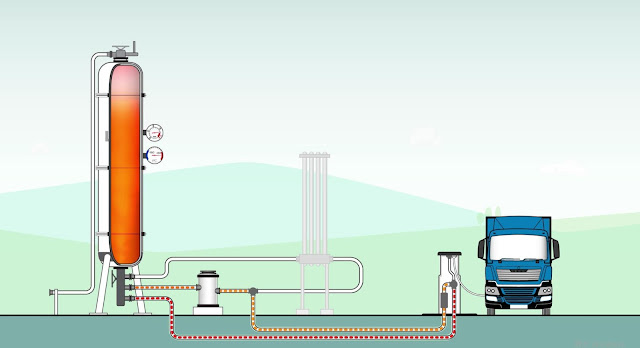 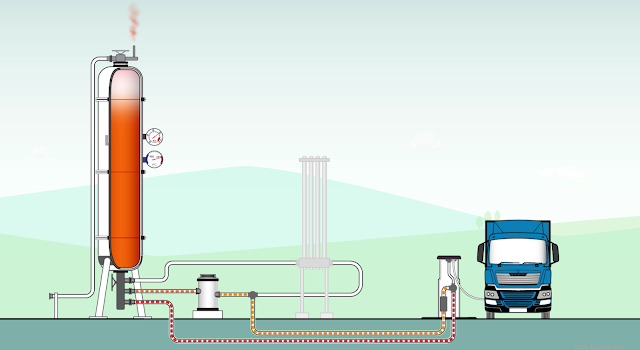 If the "Geyser" phenomenon occurs frequently in the system, the resulting pressure shock and fluctuations will cause structural damage to the pipelines and valves of the storage tank, and at the same time, the evaporation of LNG in the storage tank will increase significantly. In the end, high-risk safety accidents and environmental damage and economic losses will become the worst results.

However, this situation can be avoided if the supply station is used frequently. This can reduce or even eliminate the cooling phase of more than 6 vehicles per hour and make the station reach a balanced state. 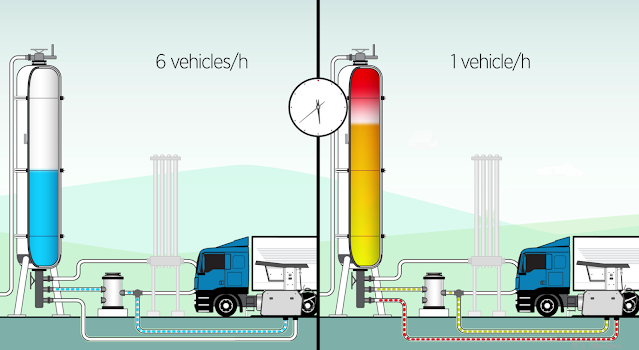 In order to minimize these restrictions, some companies provide a solution that specifically converts cold LNG to saturated LNG outside the storage tank as needed, instead of using an air vaporizer. So as to solve the limitation on time and replenishment frequency. 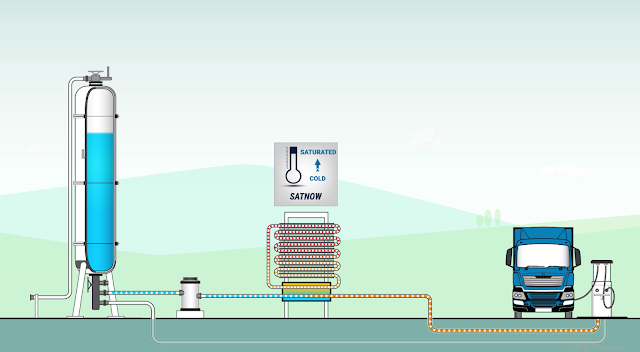 In addition, keeping the LNG storage tank at a low temperature can also slow down the pressure rise, thereby protecting the replenishment station from leakage. The specific method is that when the pressure in the storage tank is too high, the LNG will be sent to the heat exchanger, and liquid nitrogen will be used for cooling at a very low temperature. Through this method, the LNG storage tank can be kept at a constant temperature and pressure, and the potential safety hazard can be effectively eliminated. 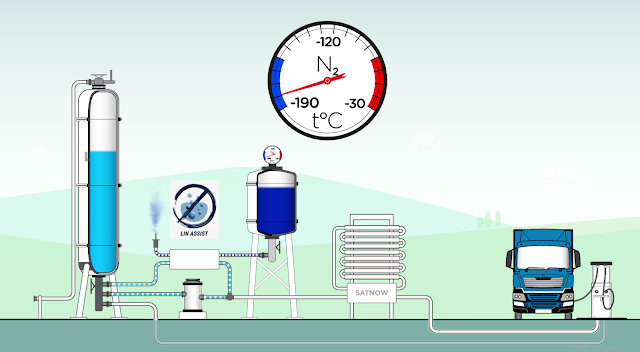 The phenomenon of "Geyser" is one of the more common phenomena in LNG replenishment stations. The treatment of this phenomenon can already be classified as a conventional treatment method. With the improvement of equipment, the use of LNG energy will be more efficient and safer.

As a high-end product in the chemical industry - Dry Break Coupling. The high-efficiency and versatile features can even be widely used in low-temperature environments. It is superior to traditional flange connection methods (link " Deliver safer and more efficient solutions for LPG ") and has been consistently recognized by users. The simple operation method and the "Zero Spillage" feature greatly improve the safety of many chemical industries in some hazardous environments. The high-end features can indeed leave a very deep impression, but if the price deviation is too large, for some customers, the dry break couplings are still a more luxurious choice. It is true that as a high-end product, dry joints have their own technical content and internal structure that make them outstanding in functionality, but this does not mean that all customers can be convinced to make dry-break couplings the best choice. For example, th
阅读全文

Breakaway Coupling  is a high-end safety valve commonly used in the chemical industry. Compared with the function of dry joints, the use of Breakaway Coupling  is more profound. As an emergency release device, the  Breakaway Coupling  is usually set at the weak connection point of the entire transmission link. When the set conditions are reached, the pipeline is disconnected and the valve is instantly closed, while the intermediate medium is self-sealed in the pipeline. Minimal dripping and relatively small pressure loss can effectively prevent leakage accidents caused by accidental rupture of pipelines. Applicable fields include ship-to-shore unloading, road and railway tank loading and unloading, and other fixed and mobile fluid storage devices, such as crane pipes, The connection between the fluid transport arm and the transport carrier. Under normal circumstances, when perfo
阅读全文